Actualize Sports is proud to announce our…

Athlete of the Month: Jax Tucker

Jax–a standout scholar, Football and Lacrosse player at Wenatchee High School–is a highly competitive, passionate and talented athlete with aspirations of competing in college. As a Freshman, Jax was a huge contributor on both sides of the ball on his undefeated football team. He was recently honored with the opportunity to lend his abilities to the Varsity Lacrosse Team. We are very encouraged by Jax’s dedication. While many athletes discontinue training during the season, Jax has committed to training with Actualize because he understands The Importance of In-Season Training. Since starting with Actualize in 2015, Jax has transformed his strength, performance, body composition and approach to nutrition. Click here to see Jax’s Actualize Sports Featured Athlete Page and progress.

Athlete of the Quarter: Nathan McCarthy 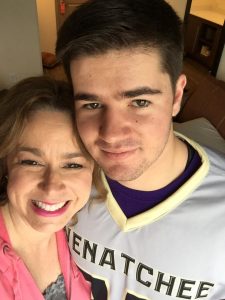 Nate–a Running-Start scholar at Wenatchee Valley College, Football and Lacrosse athlete at Wenatchee High School–is an All-Conference Lacrosse player and team leader who is known at Actualize as “the beast.” Nate’s progress since starting with Actualize in 2015 is other-worldly. Nate is one of those rare individuals who is gifted on in all categories…mentally, physically, at the heart level and is a man of character. We have no doubt he will excel at Gonzaga next year and be a world-changer in all he does. Click here to see Nate’s Actualize Sports Featured Athlete Page and progress.

Click here to learn more about Actualize Sports and how we educate, encourage and empower competitive athletes, teams & coaches to actualize their unique purpose and potential in athletics, fitness and life.