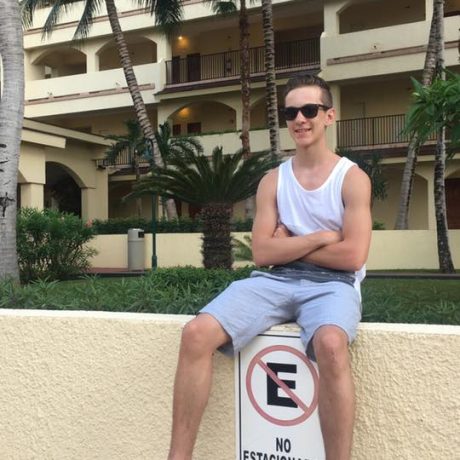 Congratulations to Parker Mickey, the Actualize Sports Athlete of the Month!

Parker, a Sophomore scholar-athlete at Wenatchee High School has been on a remarkable journey over the last year-and-a-half. Parker has embodied a man on a mission, from catastrophic injury to learning how to walk again—and being told he may not be able to compete in sports—to overcoming adversity and transforming himself on every level.

“In July 2016, Parker had a horrific injury on the baseball field. A compound broken tibia & fibia resulted in him getting an external fixator. He didn’t walk for 16 weeks. He lost A LOT of muscle and strength. In October 2016, bone wasn’t healing so a rod was implanted at Harborview. He spent months in Physical Therapy. Upon the suggestion of his Physical Therapist to continue his recovery, we were instructed to join a gym. The mama bear in me visited a few gyms trying to find the right one. Someone told me about Actualize and Blaine Davidson, and that’s when our journey began.”

I’ll confess, when Parker conducted his initial assessment, while the ultimate goal was to get him back on the Baseball field, I had concerns if that would ever be in the cards. Parker lacked the strength to conduct basic everyday movement patterns, and the hardware in his body presented major limitations, as did Parker’s mental confidence.

However, there was a fire in Parker’s belly despite the uncertainties, and when verbalizing his purposes and potential there was a willingness to take the challenges presented head on. Since he started training in February 2017, I have never seen an athlete pursue his heart’s desire in the face of adversity with such steadfastness and perseverance. As a result, Parker is not only back on the baseball diamond but is realizing elite transformations in his body composition, strength, performance and conditioning, while building himself in a manner that has reduced his likelihood of injury.

Here are some of Parker’s amazing results during his time at Actualize:

Click here to visit Parker’s Actualize Sports Featured Athlete Page to see all of his progress and watch him make his purposes and potential a reality in the future!

His mom shared,” Parker is in the best shape that he has ever been in. He still has a few issues sometimes with his leg and ankle. But hopefully he can continue to get stronger. We as his parents are so happy and proud of him with his willingness and attitude toward his continued working out at Actualize.”

Parker, you personify what it means to reap and sow. And as I shared in a letter to you recently, you now carry the powerful truth found in the following quote:

“Consider it pure joy, my brothers and sisters, whenever you face trials of many kinds, because you know that the testing of your faith produces perseverance. Let perseverance finish its work so that you may be mature and complete, not lacking anything. (James 1:2-4)

Parker, may you take what you have sown through the perseverance of the trials into the upcoming season of baseball and life, and lay it all out there confidently and fully alive. Well done Todd and Shelli, what an amazing job you two have done with your amazing son.

So proud of you bud!

Are you competitive athlete, team or should desiring to actualize your purposes and potential in sports as well as life? Click here to learn more!