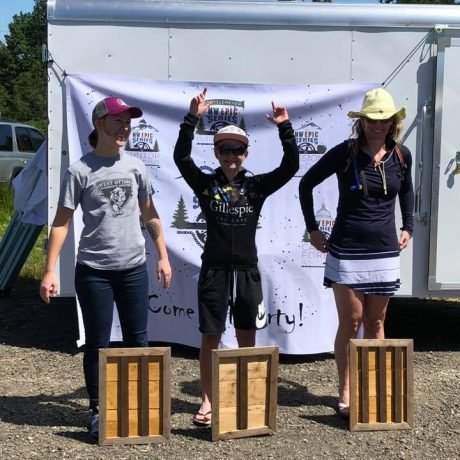 We are so proud to announce Ella Gillespie as the Actualize Sports Athlete of the Quarter!

Ella started at Actualize at the beginning of 2018 and though she is new to strength training, she is no stranger to the grind of athletics. Ella has skipped classic school sports to dive into her passion for mountain biking. This girl can ride!

At just 14 years old, Ella’s drive takes her to compete at the highest levels. Check out some of her racing accomplishments from these past few months:

Thank you Ella for partnering with Actualize to grow your foundation of strength to reach your big, audacious goals! Some of Ella’s progress at Actualize has been adding 20 pounds to both her front squat and bench press max as well as adding almost a foot in her broad jump!

As impressive as that is, what is even more stammering is that Ella was nominated most improved technical rider in a league of about 600 riders. She was also awarded the title of “the glue” by her teammates for ability to bring everyone together and create a unified and cohesive group.

Ella’s heart is as big as her potential. Just earlier this month, at the state championships, she put her heart’s desire on display. After crashing on the second lap, she fell behind and had to chase her competition down. Ella climbed the hill, neck-in-neck with her opponent and finished on top. It’s not over until it’s over. This lady is relentless and determined!

Ella has consistently impressed me every time I learn something new about her. She is writing a book trilogy, has killer dance moves, and never backs down from a challenge (mentally or physically). Ella, you gather a crowd around you because you make others feel welcome, heard and acknowledged. You are fire and spunk, and you will go so far. It’s a joy to watch you grow, we are your number 1 fans!

Are you a youth competitive athlete, team or coach interested in improving your strength, performance and conditioning while reducing the likelihood of injury? Click here to learn more about Actualize Sports!