Coach Blaine Davidson describes his purpose and mission, “I am a catalyst for 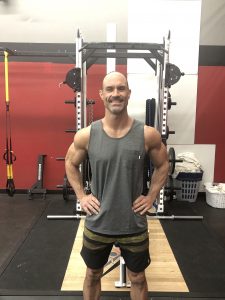 redemptive transformation and growth in the lives of others. My mission is to empower clients to actualize their purposes and potential in sports, fitness, health and life.”

Since graduating from the University of Washington in 2000 with a B.A. in English Teaching, Blaine’s vocational experiences include corporate management, real estate sales and consulting, small business ownership, non-profit management, and strength & conditioning coaching.

Blaine shares some of his testimony as a young athlete and his transition into coaching the actualization of purpose and potential:

“I have always been passionate and determined to win the prize in front of me. In my teen years, I saw this manifest most in athletics, especially in off-season preparation. Through a number of significant injuries in high school, I learned by sitting on many Physical Therapy tables and through the advice of orthopedic surgeons that several of the well-intentioned things I was utilizing to better myself weren’t in my best interest. In fact, they had outright contributed to my injuries.

The heart-breaking result of hearing this news from professionals was my dream of playing college football appeared to be running out of gas. I had committed to play football for the University of Washington, and while I looked great on paper, my body was a wreck. I was big, fast, athletic and coachable, but none of this mattered because my injuries limited the actualization of my purposes and potential. I was not armed to handle the rigors of the gridiron without getting injured. 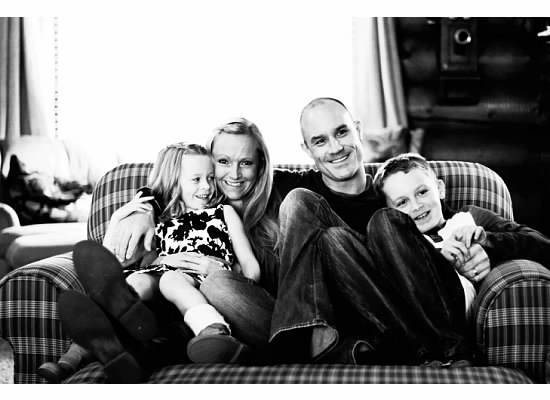 When my football playing days ended, a new door opened when I  began coaching as the Head Strength & Conditioning Coach for the Bellevue High School Football Team. Out of the desire to better equip athletes with the tools I didn’t have access to during my playing days, I began learning from mentors from afar who were on the cutting edge. Locally, I met with the best strength & conditioning coaches in the Pacific Northwest. I found myself being discipled by coaches who combined performance enhancement and strength coaching with Physical Therapy and an understanding of biomechanics. As a result, the intuitive feelings and questions I held about what was missing during my personal athletic preparation process (physically, mentally & nutritionally) were being addressed by the top coaches in the business.

Using Bellevue’s football team as a testing lab, the fruits of the athletes I was influencing were a significant reduction in injuries, increased strength & conditioning, performance and athleticism. We also developed a culture that pursued and produced excellence on the field, in the classroom and in life. In 2004, Bellevue played De La Salle from Concord, CA–a team that had perennially been ranked the #1 team in America by USA Today, and held the longest winning streak in sports history at 151 games. 25,000 fans packed Qwest Field in Seattle, Bellevue won, and I was blessed to be a part of the creation of a national juggernaut and Washington State’s winningest football program. I had the opportunity to be a part of 5 state championship teams. I coached against and consulted with some of the most successful high school football teams in the country.” Click here to learn about the kind of culture and experience Blaine was a part of at Bellevue.”

In 2006, Blaine moved to Wenatchee, bringing his passion and experience to the youth athletes and adult fitness enthusiasts of North Central Washington. Blaine’s skills and passions collide in individual and group settings when he is able to lead clients through a holistic approach to health, fitness and nutrition. Blaine works with clients by first evaluating their functionality and structural abnormalities, and creating programming that assesses, corrects and promotes efficiency in movement patterns, body awareness and injury reduction. Once a solid foundation has been established and the client is prepared to bear the weight of the responsibility of the their purposes and potential, performance enhancement, strength & conditioning, and body composition transformation is pursued.

Along with his wife, Blaine was a recipient of the 2012 Wenatchee Business Journal & Wenatchee World 30 Under 35 award.

Click here to read testimonials from the athletes, coaches and mentors in Blaine’s life.