The Health Benefits of Tumeric 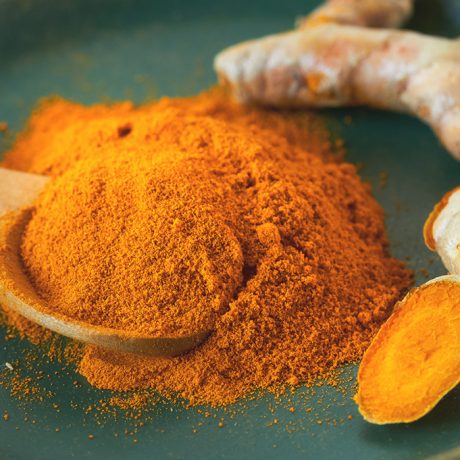 What exactly is Turmeric?

Turmeric is a root relative to ginger that grows primarily in India and Southeast Asia. It is most commonly used as a spice in both Asian and eastern Indian dishes but is also a popular food dye. It has a faint peppery taste/smell and is of a very deep orange color, which often gives mustard its yellow hue.

Why should you consider adding turmeric to your daily diet?

Turmeric has a very long history of being recognized as one of the world’s healthiest foods and as one of nature’s most powerful anti-inflammatory foods. Since almost all disease begins and thrives on inflammation, keeping inflammation at bay can have many positive effects on your health.

Curcumin, the active compound found in turmeric, has many other health benefits aside from being just an anti-inflammatory. It is also known to be an anti-viral, anti-fungal, anti-bacterial, and powerful anti-carcinogen which helps to prevent cell damage that can lead to cancer. It has been found to reduce blood sugar in diabetic patients and reduce damage and symptoms from Cystic Fibrosis. The health benefits of turmeric can also be seen in cardiovascular health because it prevents atherosclerosis, which is a hardening of the arteries caused by plaque buildup and damage to the interior walls of arteries.

What clinical research has been done on Turmeric?

Much research has been performed on the extensive health benefits of turmeric’s main component, curcumin, and research continues to shed light on new benefits of adding turmeric to the diet. Here are just a few studies that show its powerful effects on the human body.

In the study “The effect of curcumin (turmeric) on Alzheimer’s disease,” it was found that daily supplementation with turmeric improved the cognitive functions in patients with Alzheimer’s, essentially reversing some of the damage caused by the disease.

In another study found in The Journal of Nephropathology, it was found that daily turmeric supplementation inhibited cytokines and TGF-Beta production in patients with chronic kidney disease and may also prevent subsequent end stage renal disease.

In the study “Chemopreventive effect of turmeric against stomach and skin tumors induced by chemical carcinogens in Swiss mice,” it was found that turmeric greatly reduced tumor size while also increasing glutathione (the body’s most powerful antioxidant) in the body.

These studies were performed on rats, guineapigs, and monkeys, not in humans. Always be sure to consult with a physician if you are pregnant, plan to become pregnant, have a disease, or are on any medications before using turmeric.

I hope you enjoyed leaning about the awesome benefits of Tumeric!

Are you adult who is interested in transforming your health and fitness? Check out two entry level offerings at Actualize Fitness!

Are you a competitive athlete who wants to increase performance while decreasing the likelihood of injury? Click below to learn more about Actualize Sports!